It's Monday, Let's Talk About Goals

Today I want to talk about goals--goals met, goals dreamed, and things accomplished entirely by accident. Oh, and the Girl Scouts. They will be making an appearance too.

Goals Met
I hit double digit mileage this weekend!! It wasn't my most energetic run, but I got through it without incident.  It had been the better part of 2 years since I'd seen this on my Garmin. It meant a lot. 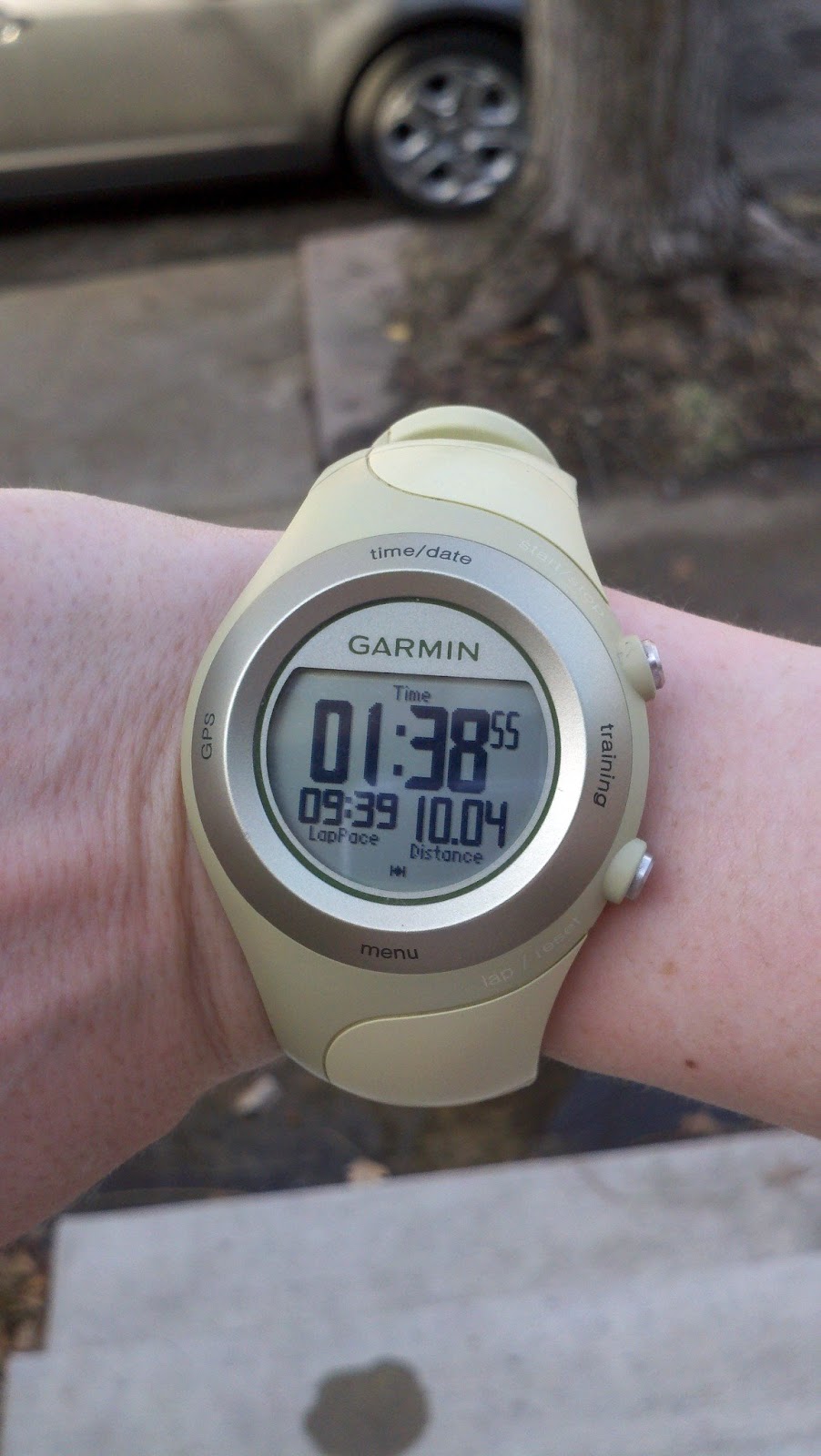 Another goal met this past week: I was officially back on track with my training schedule and feeling awesome about it. Three and a half weeks to go!

Third goal met: our old house sold again! We "sold" our old house three years ago to a family that ended up renting from us for two years then not buying it (grr, to say the least). The house has been on the market since last summer. We accepted an offer on it a few weeks ago, but it fell through. Last week we accepted another offer on it, which is moving forward. Fingers crossed that it works out this time!

Goals dreamed: I'm getting ready to buy pace bands for my upcoming half. What should I pick for time?? I have an idea, but I'm not sure if it's realistic. Does it hurt to dream big?

Things accomplished entirely by accident: You know those put-together runners whose gear always matches? I'm not one of them. I wear what's clean and weather appropriate. Last week, apparently that meant accidentally looking like I was completely obsessed with Detroit. At least I didn't wear my medal while I was at it. Ha! 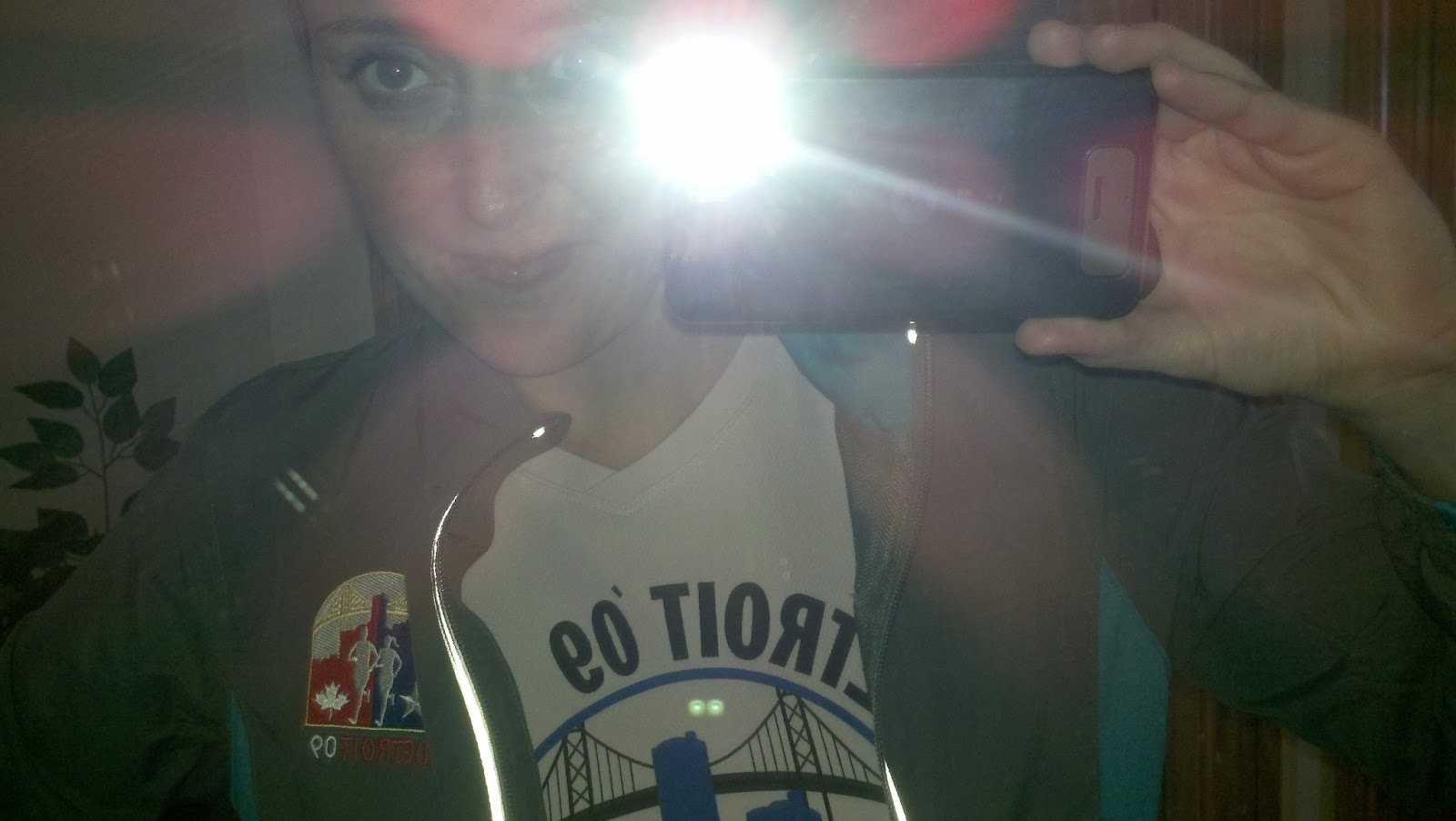 Race shirt and jacket together=a little too much Detroit '09

And the Girl Scouts: The last thing I want to think about while reaching for a box of Girl Scout cookies is "Goal Setting". Followed shortly by "Decision Making." Anyone with me here? 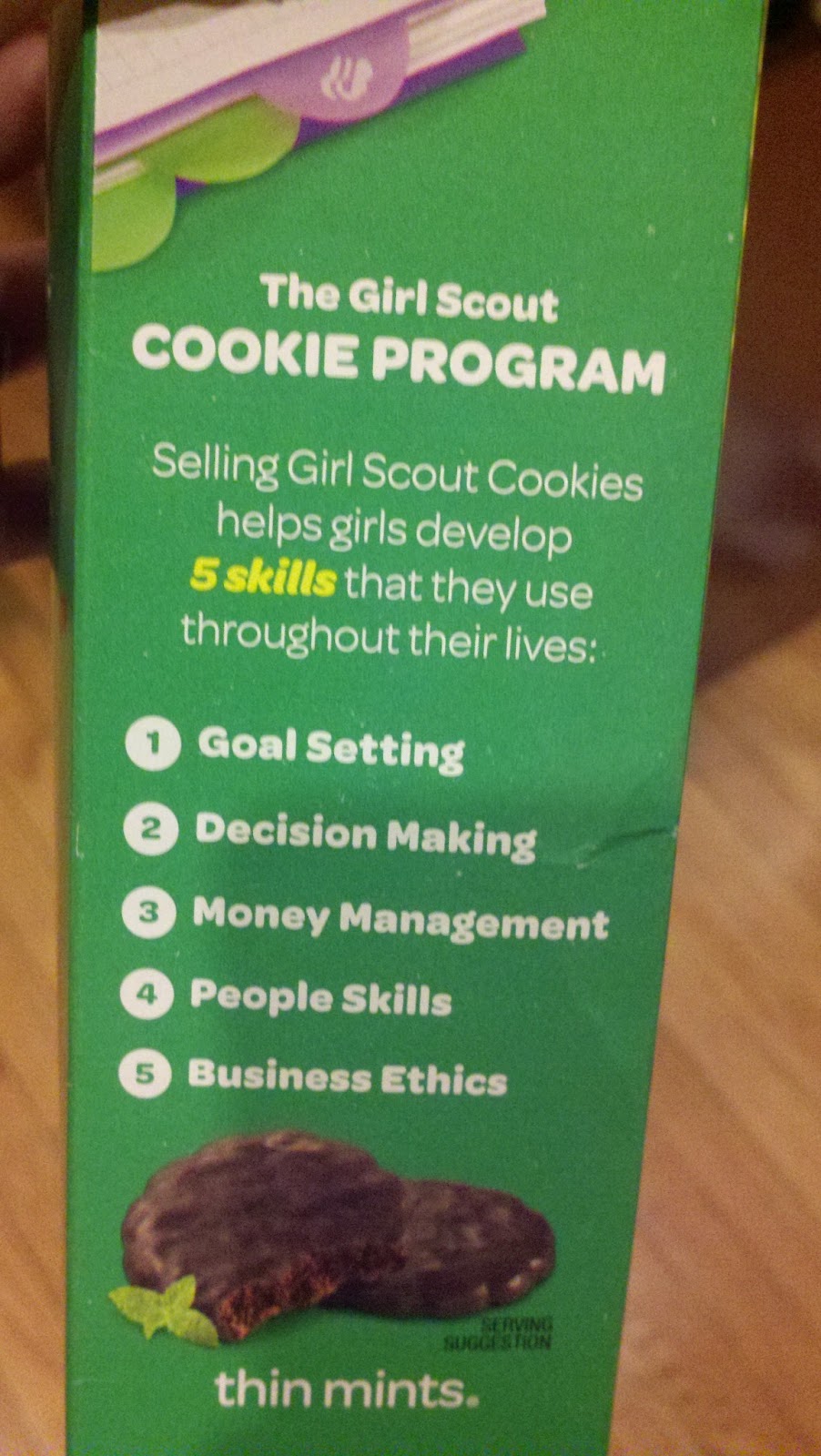 Congrats on the return to double-digit badassery!!! :)

Woohoo for the return to double digits! I can't wait to hear about your pace goals for your upcoming race!

Wahoo on the double digits!

Rock on with your double-digit run!
I was born in "The D"!
My outfits rarely match since I buy whatever fits and is on clearance!

Congrats on the house selling and on your double digit run!