Well this is awkward! I haven't said one hot word on here about running since my Top of Utah Marathon recap back in September. Truthfully, I took some time off from running for a few weeks after the race, then I took longer off from the blog. It was a great time of recovery and giving increased focus to some other parts of life for a while. I didn't run a heck of a lot in October or November. But I'm back, with some miles and some pics.

# Runs: 12. No speed work, but some variation in distance.

Favorite Run: It's always hard to choose, but running with my friend Tessa in the snow at the Jordan River Parkway was really, really nice. It was a sunny, bright day, with mostly clear paths, but with the sound of our shoes crunching on the snow here and there. We ran 7 pretty quick miles that day. Other Notable Runs: Just before heading out for the run pictured above, I realized that I was 20 miles shy of hitting a pretty big number (stay tuned for the year end!), and decided that was my goal. After Tessa and I ran, I had 13 to go. I planned to split them up Monday, Tuesday, and Wednesday of this week (December 29-31). Monday, 5 miles, check. Tuesday, 3 miles planned....wind gusts up to 50mph, felt like it was -10. Our pipes froze (seriously). We heard on the news that there were hundreds of accidents on the interstates, so driving to an indoor track seemed like a bad option too. So today, NYE, I was due to run 8 miles. Mr. Joanna, the kiddo, and I all packed up and headed to the Utah Olympic Oval. It's a 442m/lap indoor track that loops an ice skating rink. The boys skated while I ran. It was really fun to get to watch them. And what runner wouldn't get inspired by all the Olympic paraphernalia? So cool. (if you can't make it out, the banner in the background says "US Olympic Team Trials"). 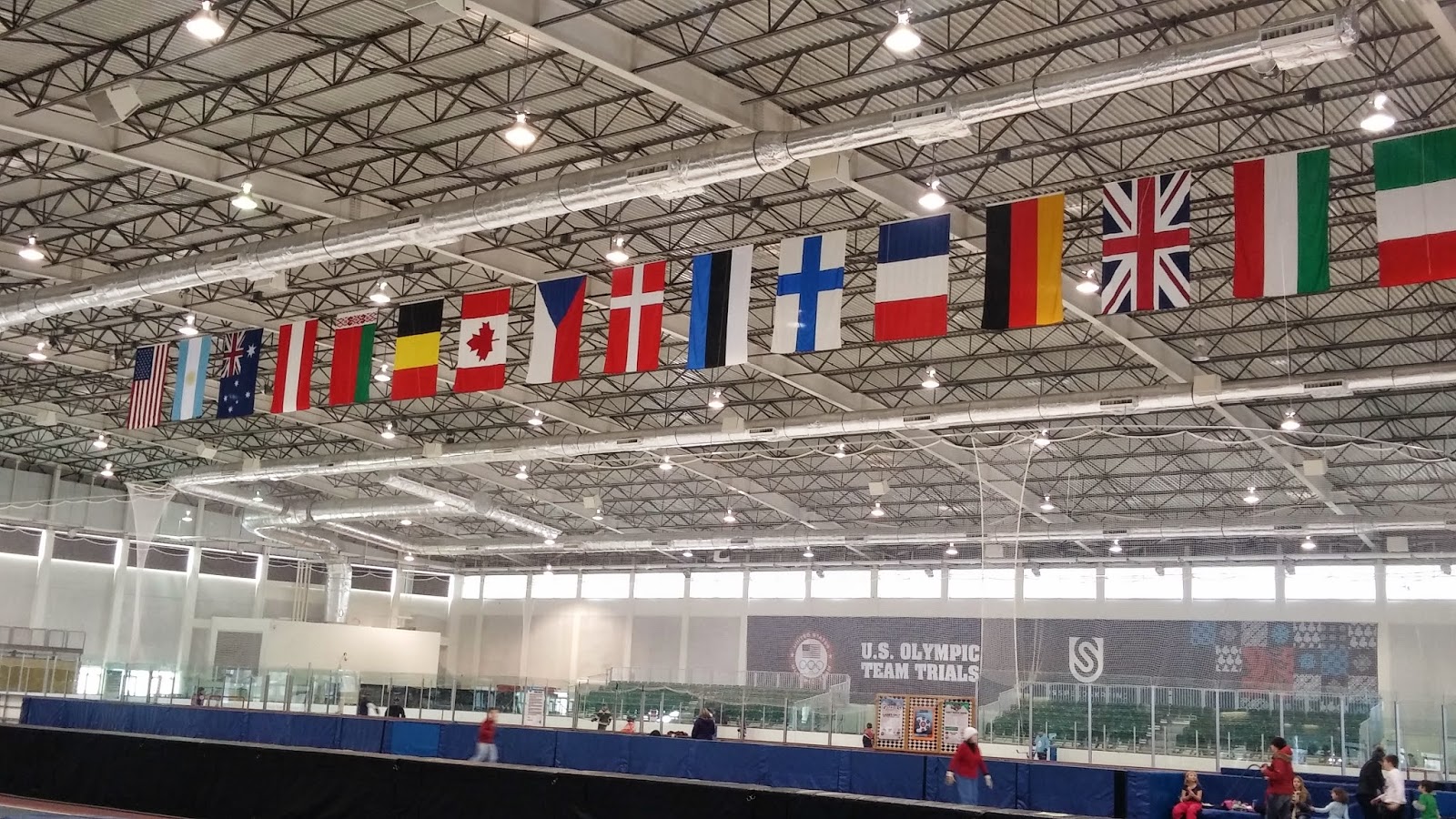 Training Update: I am still in the off-season. I've registered for a half in June, but nothing else yet for next year. I'm mulling my options for a great race season. In the meantime, I'd like to drop some weight. My clothes are all fitting well, but I'd still like to drop some.

House Project Completed: Unfortunately it's been a bumpy road on house projects (I'm planning a whole post called "What I Learned from Renovating My House for a Year"). However, so much has happened since I last shared. I finally finished re-painting my craft desk and putting the office back together. My Mom finished the window treatment for the master bath. We chose an area rug for the living room (love!). I painted the dining room, and am working on painting the master bedroom. I found end tables for the living room (finally), and some accessorizing in various rooms has happened. We've also given away and sold a bunch of stuff, which, if you know me, you know I love to de-clutter. So freeing. Our house is coming together, finally. It's been quite a process.

I hope your December was great, too!

Posted by JoannaRuns at 9:25 PM No comments: