Training Update: Stories from the Road

Here we are, just under 10 weeks from race day. The long runs are getting long, and the days are hot. That's the short version. But like any good training cycle, the day-to-day has brought so much to life. Today's post is devoted to sharing with you some stories gathered from life in training. I hope you enjoy these as much as I have.

The Day I Out Ran the Cops
One day a few weeks ago I was doing speed work in the park. It's ideal for it when a track isn't convenient. It's 1.5 miles around, and almost perfectly flat. One one trip down the eastern long side of the park, I saw a few cop cars parked next to each other. Then I saw two more drive in and park by them. Then about 6 more. What was going on?? Was there some sort of danger? Was I going to get to watch some super exciting bust go down? What?

As I was making my way around on my next lap, going somewhere between a 7:00 and 7:30 pace (speed work), I can hear this guy huffing and puffing behind me, heavy foot falls, the whole deal. He passes me, then hangs on right in front of me through the end of my interval, then kept going when I slowed down. I did my recovery, then the next interval, and it happened again, with another dude. WHAT WAS GOING ON? So I come to the corner of the park again and see one of the cops standing there with a clip board. I ask the guy what they're doing. Fitness assessments. Some sort of incentive program they're part of. I said, "Oh, then that's why your guys were so adamant about chasing me down." He laughed.

But then it occurred to me, only two of them passed me, and they just hung on. I out ran the rest of the cops. They better be glad runners aren't generally the criminal type, 'cause I'm pretty sure I just saw exactly how that chase would go down. Unless they shot me.

I was out for my long run one Saturday morning. It was about 7:50 and I was 6 miles in. This was the end of the first loop of my planned 13 miles, and by far the toughest, so I was feeling pretty good about my pace and whatnot. I wasn't thinking about anything in particular; I rarely do when I run long distances. Until, oh shit, seriously?

I looked down, and just a few feet before me on a side street laid four small, plastic, zip-top style baggies filled with a white powder. I stopped cold and stared for a second, then moved in, bent down a bit to get a closer look. They've got pot leaves printed across the top! I backed up a step, looked around to see who was there. No one. Just me and some random cocaine. Here in sweet little Salt Lake. I'm looking at bags of drugs on the street.

What else could it be? I think to myself. Kids have toy replicas of all sorts of shit they shouldn't have real versions of--guns, knives, but not crack! Why would someone have anything like this that wasn't drugs? It's not like someone says to a friend, hey, do you have any miniature bags around that I could use for my tiny sandwiches? No one carries sugar to a cookie swap in tiny baggies. No. Holy shit! There are drugs on the sidewalk!

So I turn around and run back to my house--less than a mile--to get a phone and call the cops. The lady asks me where I saw this, and asked me to describe it, and to slow down because apparently I was speaking too quickly. Then she says, So, you saw the bags, and left them there?Yeah lady, I left them there! Sure did!

So later I called my best friend and told her all of this. Her response was really spot on, Well, now you can just cross that off the old bucket list. Finding drugs and calling the cops on a run. Checked 'er off.
Posted by Joanna at 7:00 AM 2 comments:

Favorite Run: Easily the Utah Valley Half!! Gorgeous course, a wonderful visit from one of my favorite runner girls, and a new PR. What's not to love?? 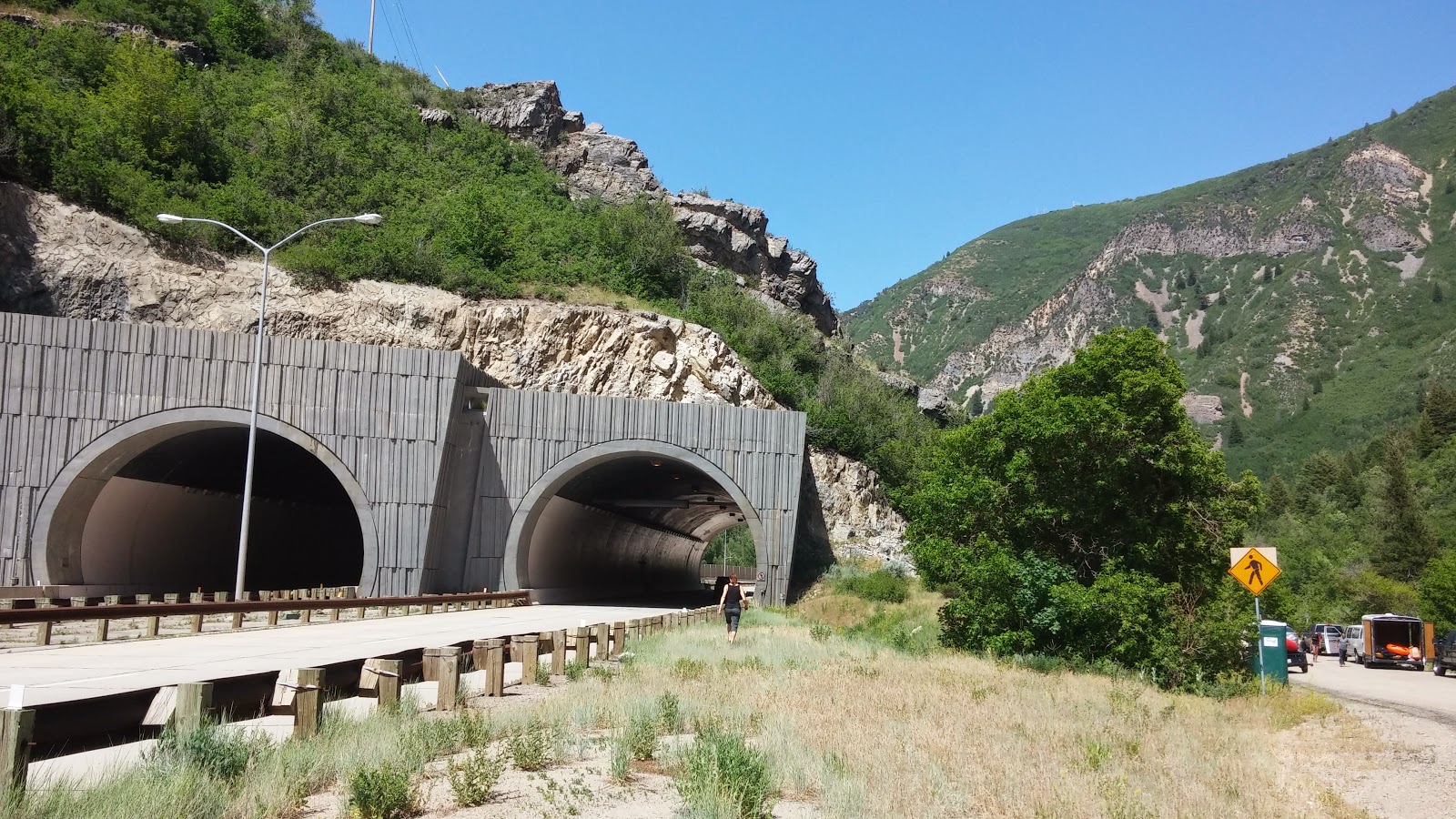 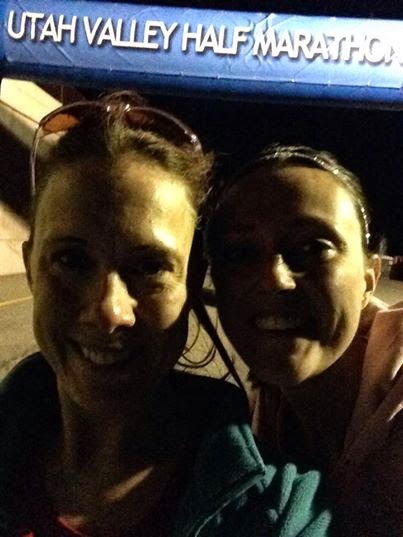 Other notable runs: Last week I did my first all-out 1 mile time trial in about 4 years, and I crushed my standing PR, finishing in 6:26!! What a rush!

Other workouts: Zero. Nada. Zilch. Unless you count short hikes and bike rides under 2 miles. I KNOW.

Training update: I'm into my third week of training for marathon #4: Top of Utah. My theme is FOUR UNDER FOUR. It's my 4th full and I really would love to get 'er done in under 4 hours. Given my races this spring, it seems like a feasible goal. So far, this training cycle has been easier than the peak of my half-marathon training. I'm kind of enjoying that, and also looking forward to really pushing myself later in the schedule. I've got 16 on deck for Saturday. It's been a long time since I went that long!

Current need: I don't usually include a "current need" section, but I do need help. I need new running blogs to read. I used to have a good group of them, but a few bloggers abandoned ship, and a few others got too good to respond to comments. I need some good new reads. Please recommend some of your faves!

House projects completed: I finished my niece's Christmas stocking. That's about it for things finished. We are ramping up right now to begin work in our office. We're planning to add shelving and cabinetry so that everything that's been in piles for the past year can be put away. I can't wait!

Other lovely things from life: Mr. Joanna and I attended a Fitz and the Tantrums show on Monday. We had so much fun!!! I LOVE living in the mountains and living in a city so we can do stuff like this. The best of both worlds. 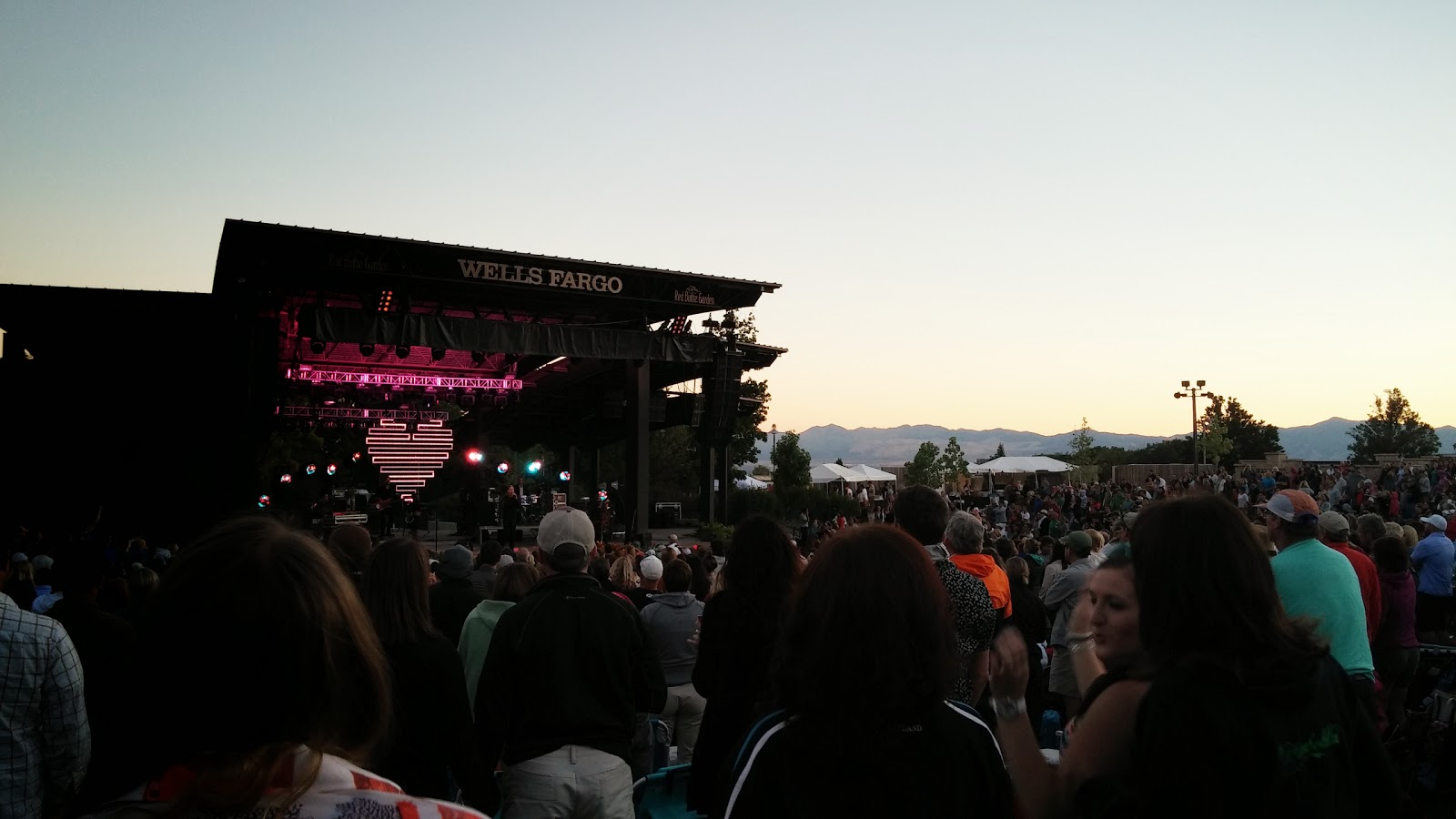 Also, my nephew was born last week! Mom and baby are both doing great. I can't wait to meet him when I go to Florida here in a few weeks. Life is great.