# Other workouts: 3. THREE! Hallelujah! I finally figured out a cross-training activity that I enjoy and that fits my schedule!

Most memorable run: The thing that stands out most in my memory from March is just that I gained confidence in speed work from week to week. The first time out was pretty brutal. The second time was better. The third time out was downright enjoyable. Sadly I missed both speed work and yoga this week as stress took over my psyche and meant that I needed sleep and wasn't getting enough. I'll be back at speed work next week and can't wait.

But this was my favorite picture--mountains behind me, sun on my face, beautiful day for a long run. 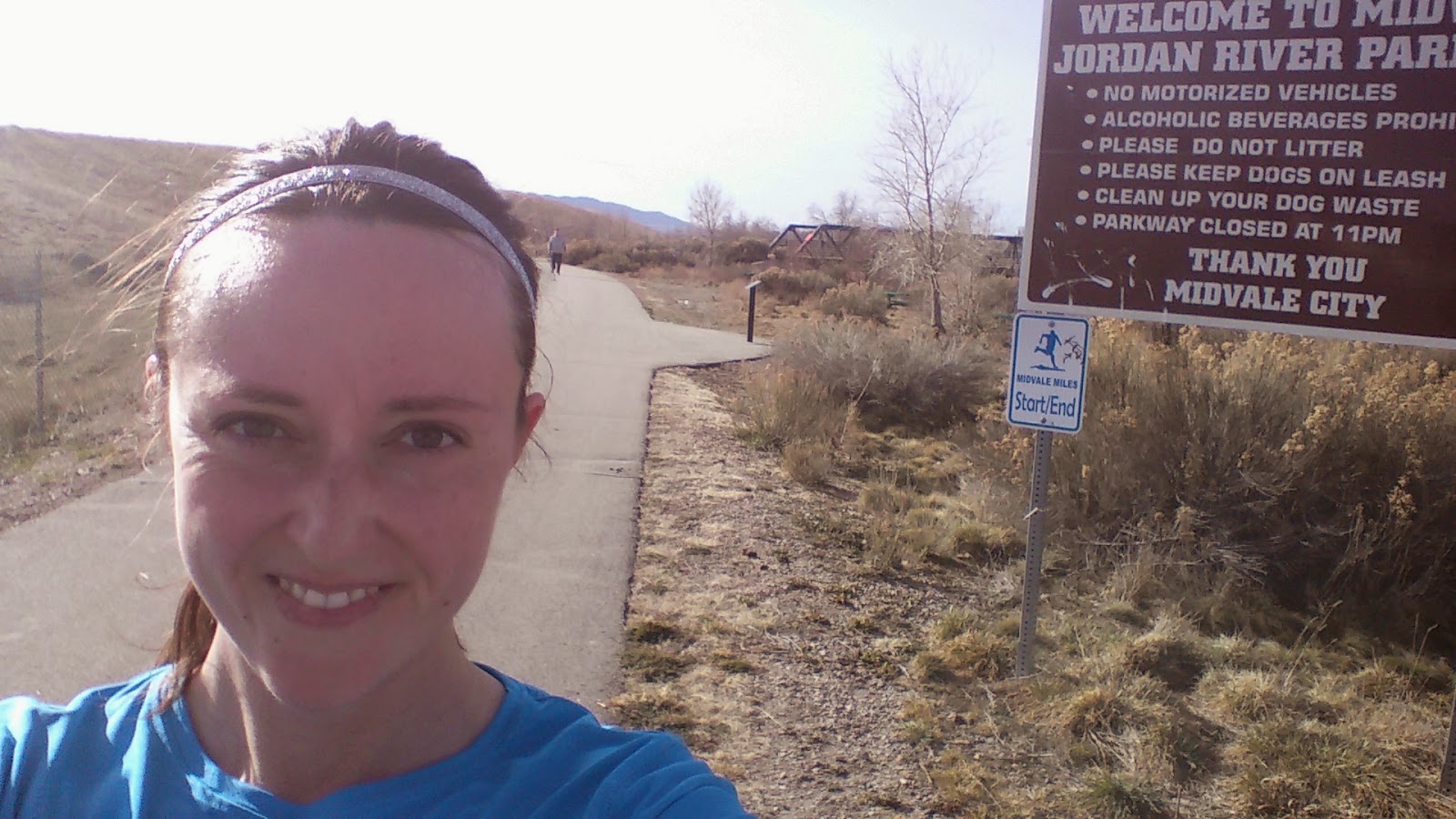 Current needs/wants: I honestly don't need a thing, but I have to say, running apparel & gadgets have come so, so far since I started endurance running back in 2007. I keep finding such cool stuff! For instance:


Training update: The Salt Lake Half is in 2 weeks. I'm not trying to PR. It's my warm-up training & race for Utah Valley in June, which I cannot wait to run with my friend Rachel!!
House projects: Since it's been a while since I did a monthly recap, it's been a while since I updated you on house renovation progress. Since we last talked, I epically painted the master bedroom and ceiling. It was epic because it took forever, first to find just the right color, then to apply enough coats, and finally to paint our dirty, awful ceiling. The paint looks great with the bedding I chose at West Elm back in December. I also then picked out some lamps and lamp shades, a side table to go with the chair, and some decor pieces, and we got new window coverings--some nice Roman shades.

Sometime in February (I think) we had our windows cleaned, inside and out, by a highly rated professional window company. They did not bring their A game that day. They dirtied, badly, not 1 but NINE curtain panels, including 4 in my older son's room, 4 in our room, and 1 other. Then they came back (thankfully) to clean them, and in doing so ruined 1 panel, and installed 3 of ours in our son's room, and his in our room. They also scuffed some paint on the craft desk I took a millennium painting. So they came back a third time to re-clean one panel (one I'd sewn myself), uninstall and re-install the 6 misplaced panels, and replace the one they ruined. All for window washing! This is what I get for having windows washed!

We've also added some art work throughout the house, and a few new light fixtures. I feel like we're getting closer and closer to a house that feels like its us from top to bottom.

Other lovely things in life: My baby turns 3 next week. He's so happy, so sweet, so cute. Sometimes it's hard to let him grow up. My older son wanted to make a card for the Easter Bunny. I love him for this. He was so concerned about gluing everything down today, to make sure the glue had time to dry in time. So like me like that. Also, I'm using my newest toy to help make it--a Silhouette Cameo 3 die cutting machine. I had a Making Memories Slice for years and it just up and died on me a few weeks ago. I'd always liked that it was small and portable, but its functionality was fairly limited. And, while you can still buy them, they're not really supported any more. So I made the switch, and so far am loving it.

At work, I've made some really cool discoveries recently, and have gotten most of it written up and sent to journals for review. And some of my articles from last year are starting to appear in print now, and I'm getting to share that work with networks locally and nationally and am getting some feedback on them. I love my life as a researcher. It's an amazing way to build professional networks, give students amazing training opportunities, and learn endless and new things about the world.
Posted by Joanna at 12:40 AM