So, it's been a while. A long while, this off season. I enjoyed running during this time, but I also enjoyed more mornings spent curled up in bed, and more evenings spent awake past 10 pm. But alas, we are back at the trail head. Back to training season. And I'm ready to be here.

Why the word "ready", and not something more enthusiastic? I've spent a lot of time thinking about this race season, and what I want it to be. After going all out last year, setting a new mileage PR, sub-4'ing my marathon, and setting a new PR in the half, I'm ready for a more mellow race year. So I slowly admitted to myself that this was OK (this was a hard thing for this Type A runner to admit!). I've set some still-aggressive goals, just fewer of them. I'm signed up for races, just not a full marathon. And this I'm delighted about. I'm ready to get into a training season that still pushes me, but also gives me some wiggle room to see what happens. To decide on fall when fall gets here. To revel in it all.

I've been up to some pretty great stuff in the off-season, too. In January, I started meeting up with some of the girls from last year's training group. I've loved reconnecting with them and exploring some new routes. In this first picture, we're heading out for a 6 mile loop, running parallel to the mountain. Our trail was a very generous shoulder (meant for runners and cyclists), with a view over the entire Salt Lake Valley. You couldn't help but just stare out over the valley while you ran. Gorgeous! 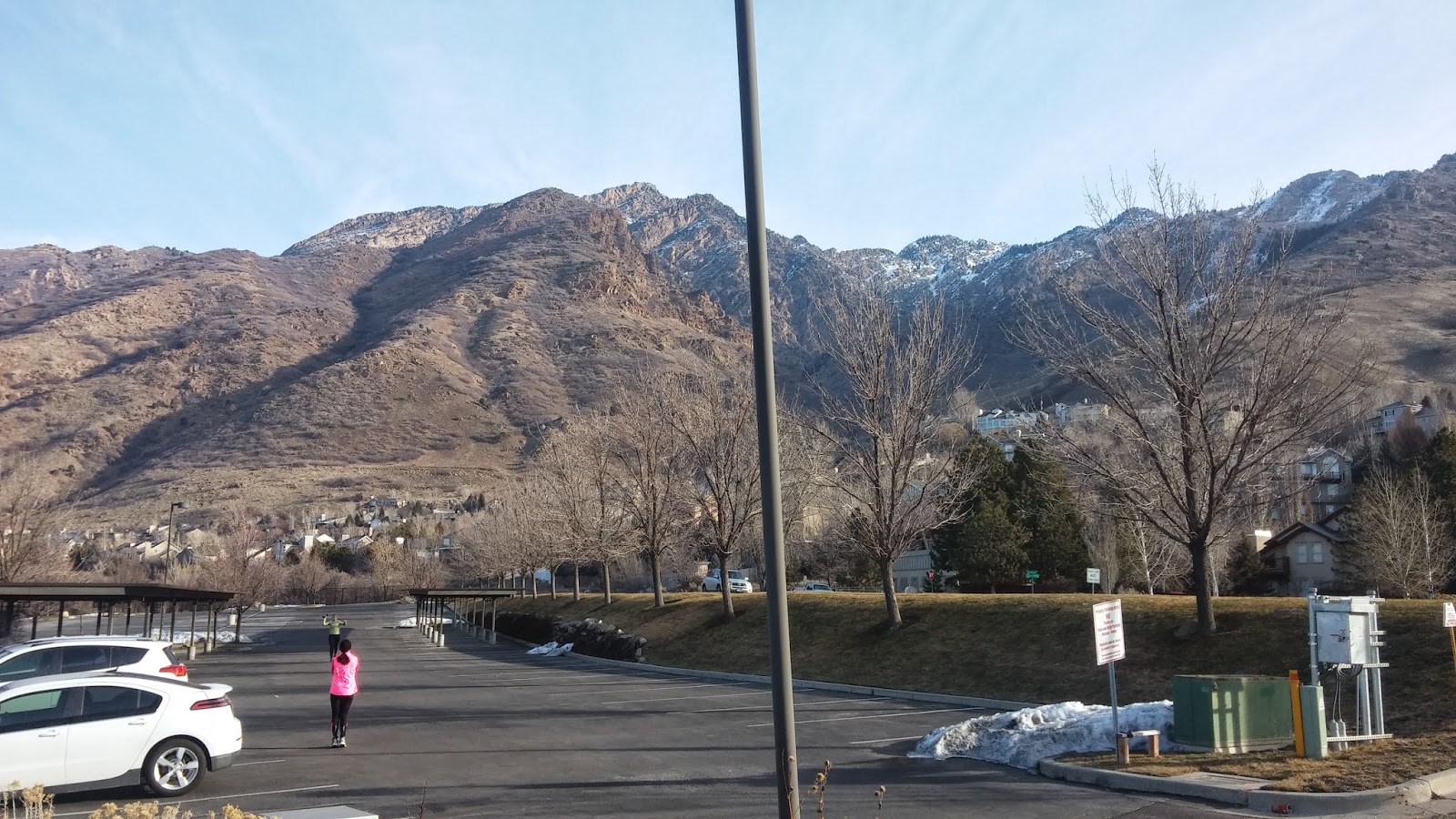 And, winter in Utah is meant for skiing. Glorious, powdery skiing. I went once in January for work to Deer Valley (love!! It's a 4-star food resort with a skiing problem. And, winning big points with me, the ski trails are all well marked--no getting lost or accidentally heading down a black diamond!). Then on President's Day I took my older son to Brighton for his very first ever ski lesson. That kid was crazy in love with skiing, and has been asking to go back ever since. This is the view as I turned on to a slope, while he was with his group. 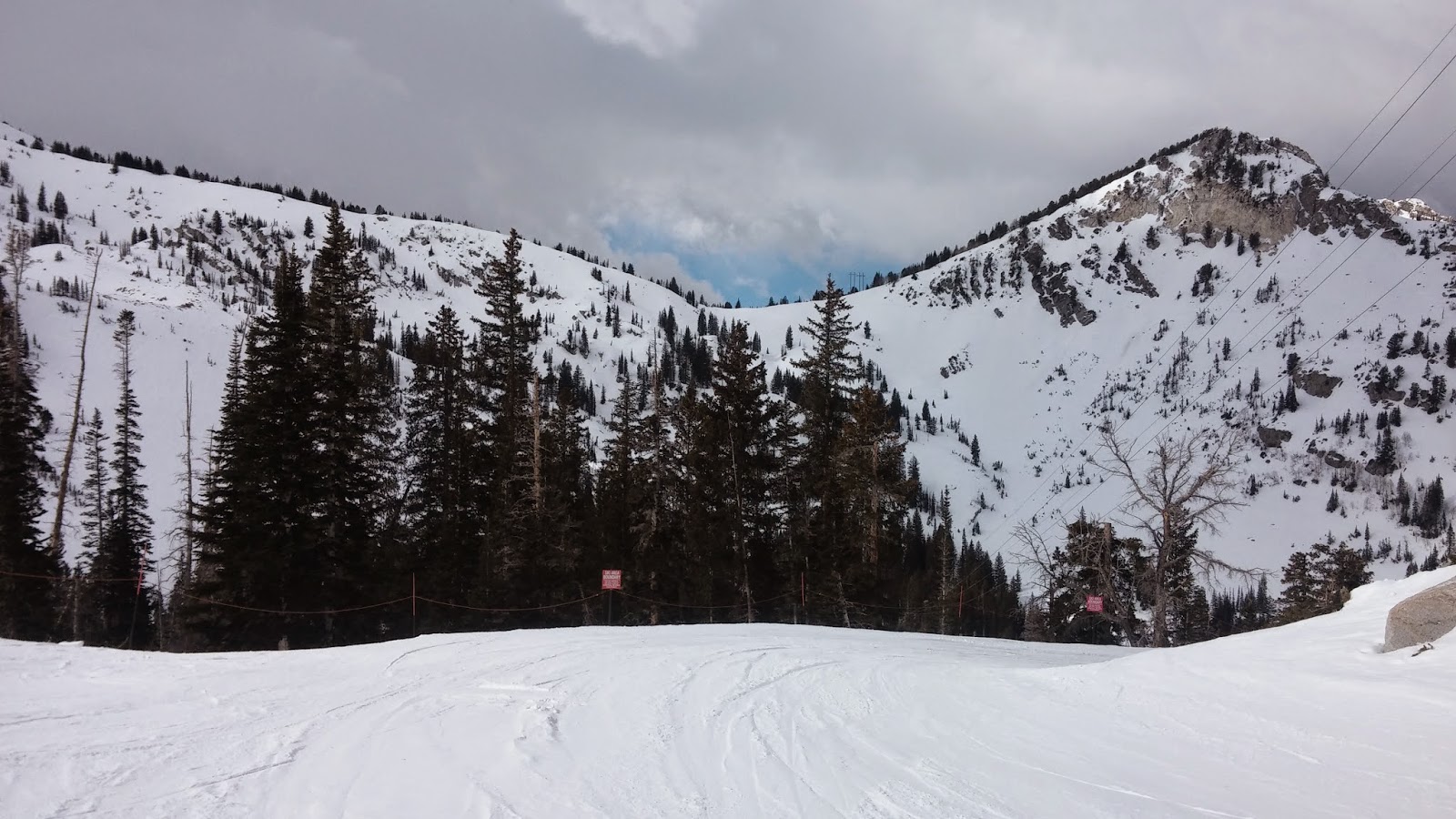 This is the view to the west one evening. It's basically the same thing I get to see every single morning when I'm coming in from my run, just on the other side of the valley. This never, never, never gets old. Every morning when I see the opposite of this, I'm thankful for having laced up my shoes. 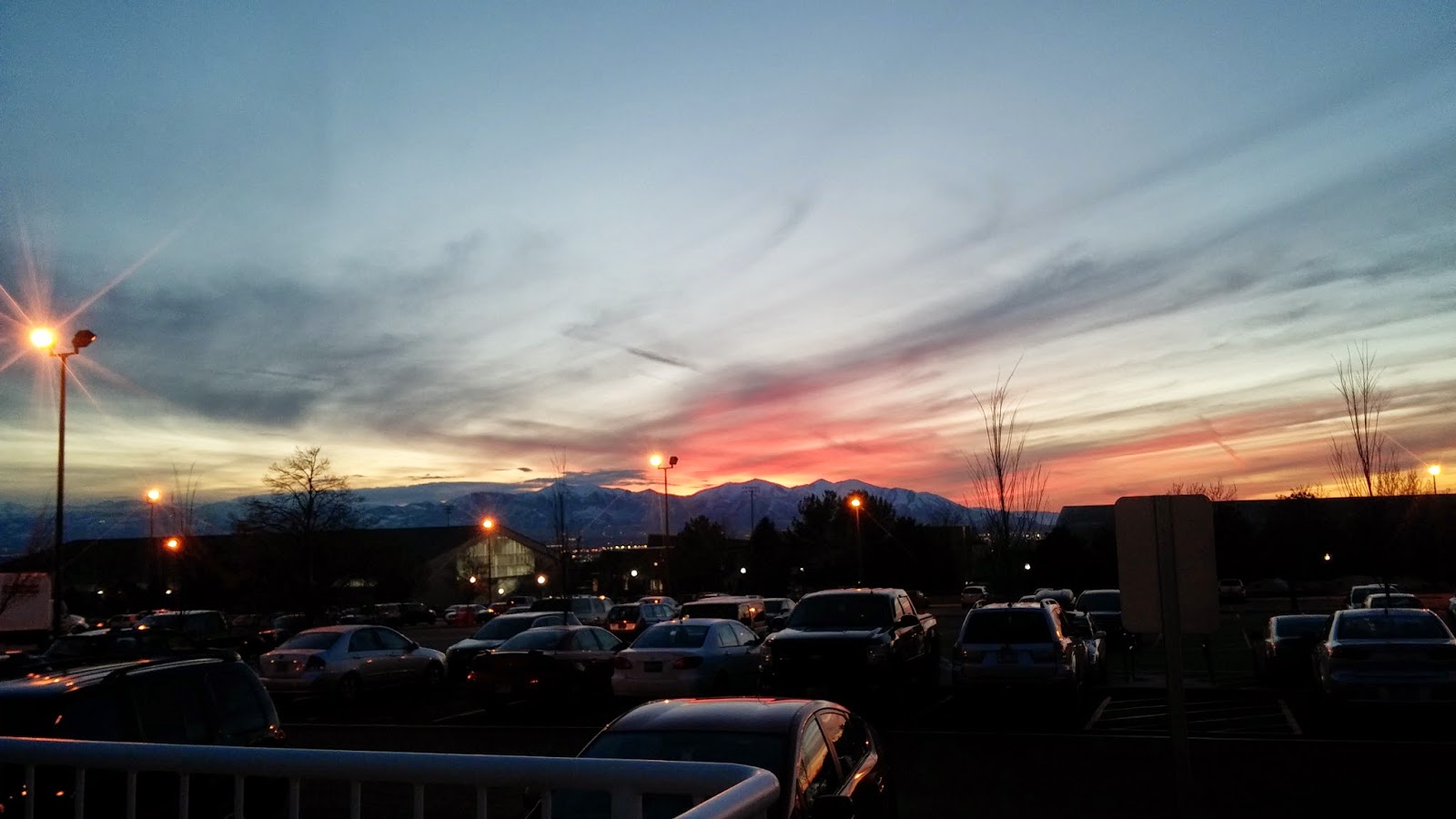 With that, the 2015 Training Season is upon me! The first race on my 2015 dance card (run card?) is the Salt Lake Half, which I ran last year, too. It's not my favorite course, and not one I'll try to PR on, but its timing is impeccable for jump starting training for summer races. My A-Game race for the year is the Utah Valley Half, which I also ran last year and had an absolute blast completing with my STL running bestie.

What are my goals? For Salt Lake, really just to get my weekly mileage back up to some respectable level (I've barely cracked 100 miles yet this year....) and have fun on race day. For Utah Valley, I want to break 1:45. That's the goal. If you'd have asked me in 2007 whether I thought I'd ever set that as a realistic race goal, I would have laughed. But, let's do this.
Posted by Joanna at 9:20 PM