So we're all kinds of crazy up in here these days. We are waist deep in the move. Literally. The house is piled with moving boxes at pretty much every turn. That's the short version. But let me give you a slightly more turn-by-turn rendition of one runner's move.
Thursday
My parents are the Rock Stars of Moving. They drove 726 miles, packed my house, then took me out to dinner. Totally unjustified. This is Pepper packing my kitchen. This woman could pack all of East Asia in under 90 minutes. 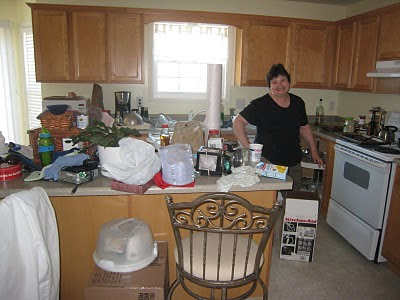 Also on Thursday, our house officially sold!! It's such a relief. And the family that bought it is really nice, from what we can tell. As I told The Beastie, I knew God had called us to our new town, but I was still prepared to be shipped there in the belly of a whale. But the Big Guy's arranged for so much more for us than we could ever have asked for. No hitching rides with whales. Everything is, miraculously, coming together. 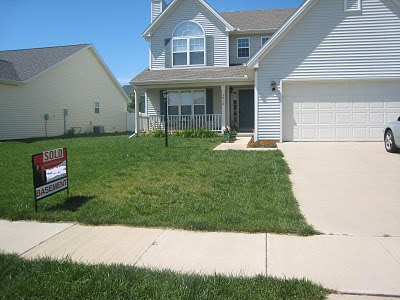 Friday
We packed like completely insane people. And learned a few things. Did you know, for instance, that the newspaper office will give you, for free, as many rolls as you can carry of unprinted newspaper (well, the ends of rolls that they didn't use) to wrap stuff in? It works pretty well! Lesson #2, when you all of a sudden have 3 wet baby socks and you don't know how that happened, there is no need to put them in the dryer. No! Hang them on a curtain rod in an east-facing window. Effective. And adorable. Ah, the things my parents dream up. 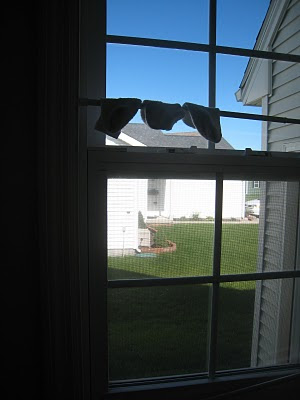 Saturday
My last Team run, at least until I feel like I know enough people to fundraise with the Team in our new city. It was an odd last run, too. Parts of our course were flooded, forcing us to find ways around, using access roads and stuff. It was crazy humid out, so my miles were slow (the fastest was 9:33..the slowest was close to 10 minutes).
mileage update: 287.7 + 5.6 = 293.3
We had a going-away picnic at a park on Saturday evening. I hate to say it, but I have no pictures. FAIL on that front.
Sunday
Father's Day. Today was some forced relaxation. We took the time to hang out and enjoy our church picnic. I have to say, I'm incredibly blessed to have one of the coolest dads I've ever even heard of, and I'm married to a man who is beyond fabulous with our little boy. Great Dads to celebrate Fathers Day with. Here's a picture of me with my Dad, today. He knows those sunglasses are crazy looking. The hat--that's just him. He's a guy with a straw hat. And I love him for it. Not the best picture of me, but it's what I have for today. 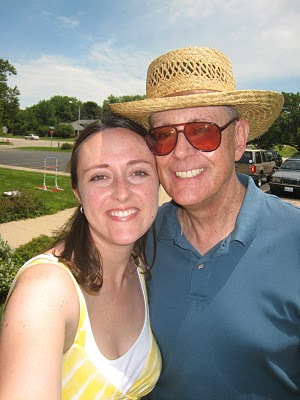 And this is me signing off for a while. I leave Tuesday morning to close on the new place and commence the Paint Like It's Your Job portion of this move. I may or may not have internet access while that happens. If I do, I'll post some pictures as we go. Keep blogging and running everybody! I'll catch up with you next weekend. Hopefully then I'll be able to share some new running paths I will have found around the new place. I can't take a lot with me this week (Moving Day is the 29th, and everything will go then), but you know I'm taking my running shoes and The Vengeance.
Posted by Joanna at 8:07 PM

i LOVE this picture of you and your dad. i'm so excited for you. and also sad that you'll be far away. fabulous things are happening for you, and you're incredibly deserving. have a GREAT move and have fun forging new trails through your new town!

Moving is always crazy and the last team run sounds the same. Yes, I'll be with the team in December, so you're more than welcomed to join us.

Thinking of you all and hoping that things continue to go wonderfully! Call if you need to vent! I'm going to miss staying with you when I'm in CU, but we look forward to seeing you in St. L soon!

Good luck with the move!!! Hope everything goes well!!