Happy New Year's Eve!! We're hours from exiting this dumpster fire and you know what that means--a recap of the year of running.

As always, big picture stats are first up.

Cross-Training: About 60 workouts. I count 55 classes in my MindBody app, plus I did training with Robin pre-pandemic and a few times (distanced!) during. Probably about half of this was yoga and half weights or HIIT classes. By far this is the most I've ever cross-trained in a year!

The Year in Pictures

January
2020 was a year of few races due to COVID. But before the world went insane, I did get in the 2020 Polar Prediction Run with these lovely ladies. For this event, you win if you come closest to predicting your finishing time for a 3.65 mile course. I placed this year--second or third I think. It was a lot of fun! Plus it's hosted out of a brewery. With bagels. 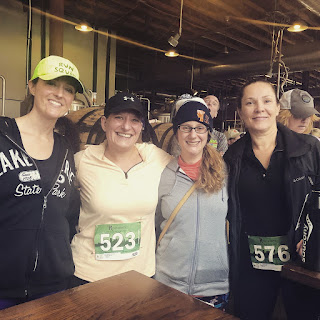 January was also the month I registered for the Detroit Marathon, which I described here. I registered with glee and with dreams.
March
On March 13, my older son and I bought everything Giant Eagle would sell us, grabbed a pizza from a local place, and went home to hunker down for what I thought would be a few weeks. At that point in the pandemic, I stopped running with groups, but tried to keep running the paths I knew and loved. This is a picture I took from under a bridge while waiting out the rain one Sunday. It was too muddy to step off-path at many spots, but this did not stop groups, usually 2 or 3, usually white women, from walking or running side by side. You couldn't get away from them or around them, and they did not want to hear about it. Finally I gave up and turned exclusively to roads. 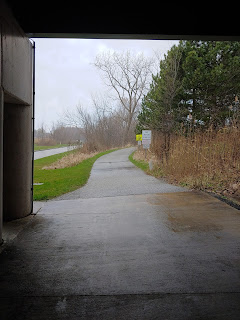 April
After a few weeks, the gyms and yoga studios got up to speed with Livestream classes, and I joined in. No human could purchase free weights for a long time, so I was left with resistance bands, bricks and gallons of water (or fabric softener, apparently) for a while. 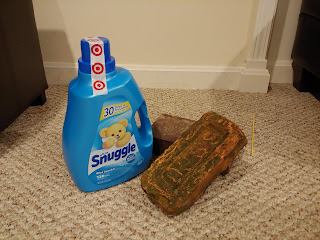 I also quickly learned that my basement is too cold for yoga, and my first floor is too noisy after about 7am, so early morning was where it was at for yoga. In a year where I was running record mileage, I needed yoga more than ever. 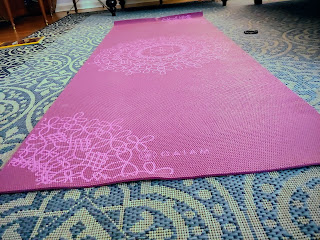 This was also the month where, for the first time in my entire life, I got hot during a run and just took off my shirt. I've been managing a healthy diet for a few years now and it felt good to feel good. I took this picture after the run, still feeling fierce. 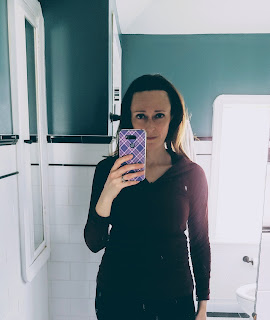 June
Without commuting in the mix, and with the academic year over, I had more time to relax on the patio after morning runs. I was meeting up with runners for socially distanced coffee, but that was it. My family went to a very remote part of WV for 5 days, which was truly a highlight of the year. Training started as soon as we got home. 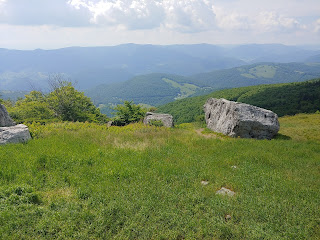 July
As advertised--hot! But a lot of gorgeous mornings and happy miles. 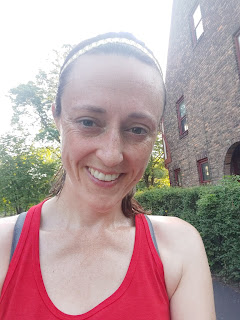 Training had started July 1 for my marathon. This was probably a pace run or a tempo run with a warm-up and a cool-down. It started the long process of training my body to run 26.2 miles at a pace that sounded insane. 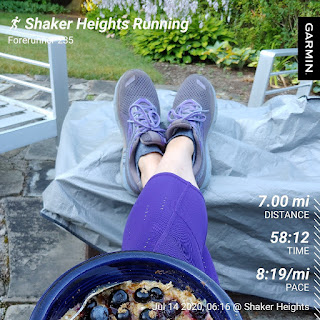 My training plan called for hill workouts which, while it's hilly here, there aren't a lot of hills long enough for this. Friendship is texting someone and asking if they'll meet you the next morning (distanced!) at a hill you don't know the name or location of but know you ran together like 3 year ago and they say yes. The workout was exactly what I needed, both seeing Candice and finding the hill. 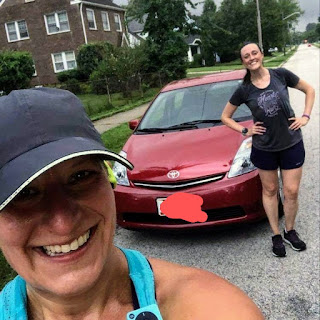 September
We have arrived at the peak of my mileage graph by month, building up to the Detroit Marathon. I ran 186 miles this month. 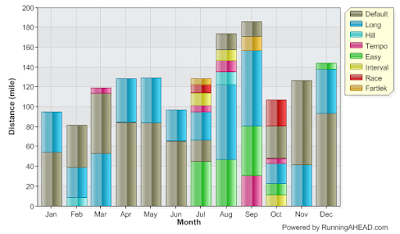 Kids were engaged in remote school. Parents had become teachers' aids. Work was remote. Everything was remote. Everyone was home. All the time. Still. But running was not canceled.
October
We had some beautiful, warm days in October. My friend Robin and I took advantage of one of them to meet for a short yoga practice at the park over lunch one day. I loved this. I loved that she thought of it, and invited me, and had the Down Dog app all ready to roll for it. And seeing a friend in person had by then become an infrequent, delightful thing. 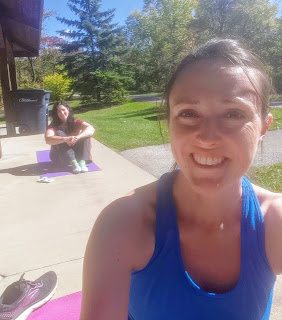 And then, it was race day! I've documented the day here. My virtual race was a clear highlight of the year, and, honestly, a silver lining. It was perfect. I will probably never have another marathon like this one and it's an experience I'm glad I had and got to share with friends and family. 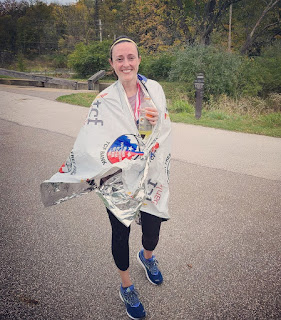 November
We continued to have warm days into November. I took advantage and got the kids outside when I could. I brought the Thanksgiving festivities to running. I really do love a festive headband. 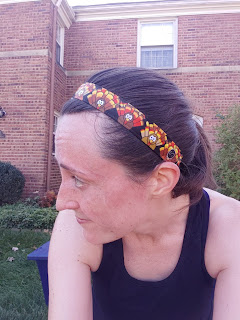 December
Ok so I mean it's Cleveland, the warm weather wasn't going to last forever. We had two big storms, but not a whole lot in between. My husband shoveled this path out for me during the first storm. That's love! 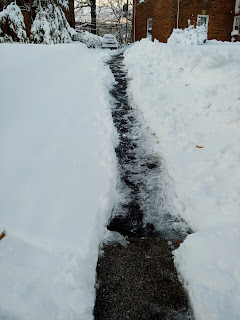 I hit two pretty big milestones in December. The first was the day (12/15) I hit 10,000 miles. I'm sure I've run more than this in my lifetime, but not that I kept track of. I started tracking mileage January 1, 2010. When I realized 10k was within sights, I made it a goal to hit by the end of the year. My new friend Sharon came along with me (distanced!) on this morning to capture the moment. The X was her idea, for ten. So clever! I loved it. Her enthusiasm for my achievement was so uplifting! I was grateful for her company and support. It was a fun run. 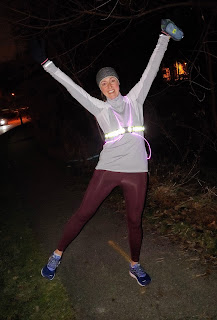 Then this past Sunday somewhere in my long run I hit 1500 miles for the year. I thought I'd stop when I hit that number, but I kept running through the week. Yoga today, and I'll get 2021 started right with some miles tomorrow.
There you have it, friends! My 2020 Run in Review. 2020 was so messed up. It made the gifts running gives us even sweeter. As always, running has taught me about myself, and probably more this year than before, for a variety of reasons. Running offered a reprieve from the chaos, and goals I could still work to achieve. Running gave me a race day I will never forget, and has been the basis for some wonderful friendships. I always love the run, but extra this year.
Posted by Joanna at 9:44 PM