This weekend marked the end of 10 weeks of training and the arrival of the Salt Lake Half-Marathon. Welcome to the race recap!

But first, let me back up a few days. For a while, my Garmin Forerunner 405 had been increasingly erratic. Then on Wednesday a week and a half ago, I was about half a mile from home, coming in from speed work, when it just turned off and never turned back on. When I called Garmin to determine my options, I was blown away by their customer service. Turns out, I could mail my 405 back and get a $79 credit toward a new unit. DONE. By this time it was last Tuesday, so I paid for expedited shipping to ensure that my new purple 220 would arrive in time for us to get to know each other a bit before the race. Like clockwork, it arrived on Thursday. PURPLE! It's much lighter than the 405, has a backlighting option, can communicate via Bluetooth with my phone, and stays the hell turned on. Total win. 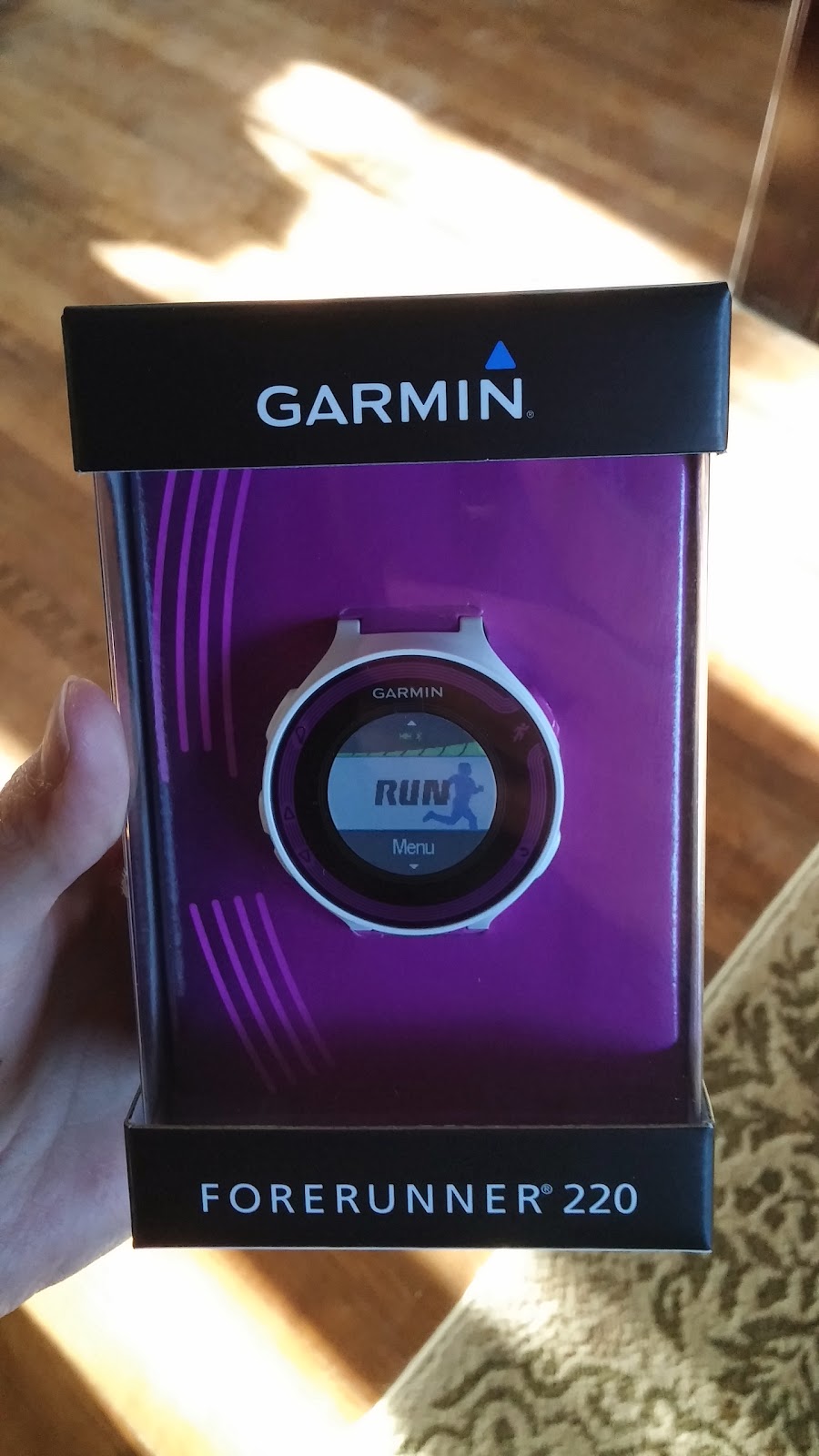 On Friday morning I tried out the new Garmin on a 3 mile easy run then headed to work. After some meetings I headed downtown to meet Mr. Joanna and our older son for lunch, then went to the race expo. The expo was, frankly, pretty nondescript. It was neither the largest or smallest expo I've ever seen, nor the easiest or hardest to access. I browsed the booths for a few minutes, picked up my packet, and headed back to work. 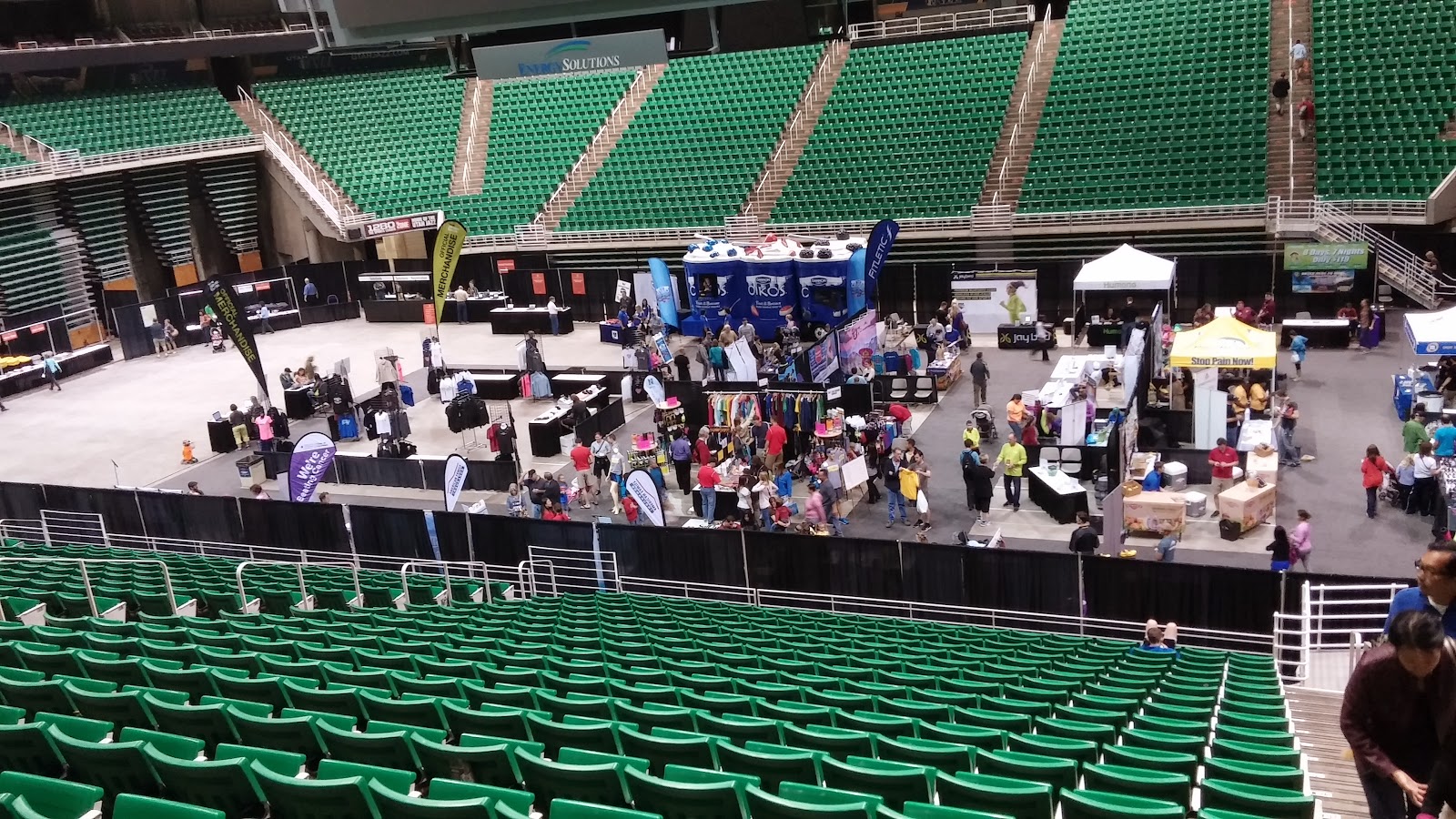 It being Good Friday, I went to church with a friend, then out to dessert after--all in the name of carb loading! It was so nice to have a girls' night out. A little later than intended, I headed home, selected my attire for race day, assembled everything I'd need for morning, set the alarm, and turned in.


What with all the required dreams of oversleeping, I think I got only about 4 hours of actual sleep before my alarm went off at 5am. Even my son (who I must have accidentally woken up) asked why I was up in the middle of the night. Originally I'd planned to hitch a ride with some of the girls in my group, but I was ready to leave sooner and was feeling antsy about getting to the start, so I texted them that I was going to drive myself and headed out.

I easily found parking downtown and headed to the Library TRAX station to board the light rail to the start area, per the instructions from the race organizers. The train was packed, but I got on board and was to the start line in just a few minutes.

Once I arrived, I wasn't quite sure what to do with myself. I didn't see pacers or pace group signs. I didn't see anyone I knew. I had about 20 minutes until the start of the race. While I was awkwardly wandering, the girl I've been training with spotted me and called out. Whew! We then found the pace signs, which were much closer to the actual start line than I'd anticipated. It was about 46 degrees out, with no hint of rain or wind on the horizon--looking like a great day to race.
After the national anthem, some announcements, and a somewhat unorthodox backwards count from 5 in lieu of a start gun (by the Chief of Police no less), we were off. Having ran the course two weeks prior turned out to be a huge advantage in that I could anticipate the hills coming up in the first 1.5 miles. We paced ourselves through those, then just coasted down the next 3 miles or so, through Memory Grove to downtown. At times I tried to pull the reigns in--oh say when I noticed a sub-8 minute pace, but for the most part we just ran and enjoyed the gorgeous views of the city. (Splits: 8:46, 8:33, 8:16, 8:21, 8:10)

Around mile 5.5, my training buddy and I got separated, so I was solo from here out. I ran to the south end of downtown, then turned east to head into a more residential neighborhood where my boys had planned to spectate. By this point I was ready to dispense with my delightful purple plaid arm sleeves, so when I got about half a mile from the planned spectating spot I peeled them off. This required some coordination since I run with a Nathan handheld and I had to take off my Garmin to get one of the sleeves off, but it worked. My boys were right where they said they'd be. I tossed them my sleeves and my 5-year-old tried to hand me jelly beans (HOW FREAKING CUTE IS THAT??). I think this was the first time I didn't fight back tears upon seeing them mid-race. I was too busy smiling about how great they are. (Splits: 8:38, 8:31, 8:52)

I knew by this point that my tummy was having trouble with the amount of sugar I'd thrown at it, even though it was the same mix of stuff I always train with. In an effort to keep it at bay, I managed my calorie intake very cautiously for these middle miles. At some point around this time I diluted my Gatorade with more water at a water stop. I also delayed taking my mid-course Gu. It was all I really could do. But, while I was busy trying to slow down my calorie intake, I was getting tired (note to self: get a grip on nutrition before the full in September!).

At 9.5 miles in, I was beat. The mental element of racing started to creep in. I see that spectator sign saying my inner voices are wrong, but what does she know? Has she ever faced this kind of physical fatigue? By mile 10 I was zombie running. I had shut down my brain and completely let my training take over. I knew that if I acknowledged my brain, it was going to tell me to slow down, and I wasn't having it. It wasn't that I found more energy. It was that I just focused on allowing my body to enter auto-pilot, relying on all that training I'd done to condition myself for pushing through on tired legs. I honestly questioned how I was keeping my pace, but I knew I was.

I meandered slowly through the finishers' area, collecting pieces of food (including my first Creamie!), getting my picture taken, all that. One of the girls in my running group came in about a minute later and I was so happy to see her! It was her first half and her identical twin came to pace her. I loved seeing their support for each other and seeing my friend turn in such a happy first race. Just then, my training buddy came in, so we joined up with her and found our way out of the finisher's area. Our coach was standing at the exit with a goodie bag of homemade protein shakes for us, because she's awesome like that.

My training partner and I walked back to the finish line on the spectator side to cheer in a few more friends, then hung out for a while to hear their race reports. I was beaming the entire time. All that fatigue had melted into celebration.
I didn't stop smiling for several hours after I left downtown--not until I crashed for a nap later. As always, this was about more than running. Every day I feel more and more like I actually live here, and this race has been a huge part of that process. Joining a running group was one of the best decisions I've made in a long time. And even though I was dragging for several miles, I really liked this race. The course is pretty and it gave me a PR I can claim without the bizarre asterisk that came with my previous one.

Thank you all for the words of encouragement along the way! Up next is the Utah Valley Half, which I'll start training for on Wednesday!
Posted by Joanna at 8:00 AM

Great job on a new PR that doesnt need an asterisk :) Sounds like you had a great race. Your new watch is pretty too!

The non-runner and friend in me says that the best part of this post is seeing that you are feeling more at home in Utah! Yeah!!

Congratulations on your PR! It sounds like you dug deep and fought hard to finish so strong.

Great race for you. Congrats. Running is a great way to make inroads in new places. Because runners are cool,

Congrats on your race and PR!