The first month of the new year has come to a close. How'd it shape up for you? Here's a look back at my January 2014.

# Miles Ran: 51.8. This was higher than my November or December mileage, so I'll take it!

# other workouts: 4 yoga classes. I LOVE my yoga class. I can only go once a week, and I look forward to that every week.

Race updates: This was the month for race updates. I signed up for 2 half-marathons, joined a running group, and made my training schedule for now through September. And it all begins February 10!!

I joined a running group!!! Yes, I know I already said it, but I thought it deserved its own headline. It's been 3.5 years since I moved away from my wonderful little training group in Illinois. I want that back.

Other fitness goal updates: I've been holding steady at a weight I can live with. I'd still like to lose the last 5 pounds of baby weight though. He's turning 2 in April. I mean, honestly, it's time. Food journaling is the answer.

January's running highlight: One day last week as I headed out, well before sunrise, the neighborhood quiet, and it was just me running under the street light. I felt like I owned the city. It was mine--mine to bring into the morning. I was free.


Things I'm looking forward to in February:
1. Kicking off the 2014 training season!
2. Running in increasing daylight in the early mornings
3. Hopefully the end of inversions! Yuck! I have a whole post coming soon on this topic.
4. Getting to know the other people in my running group each week.
5. Finally, finally getting my mp3 player in working order so I can take it to the gym on those dreadmill days


House projects completed: I haven't posted about it because it's kind of personal, but we've undertaken some home renovation. In the fall, we gutted our kids' bathroom and the laundry area. That was finished just before Christmas. In early January we gutted on the master bath....aaand this happened (see below). What's worse is that it was there for almost a week before I noticed it, which is unlike me. Oh my! 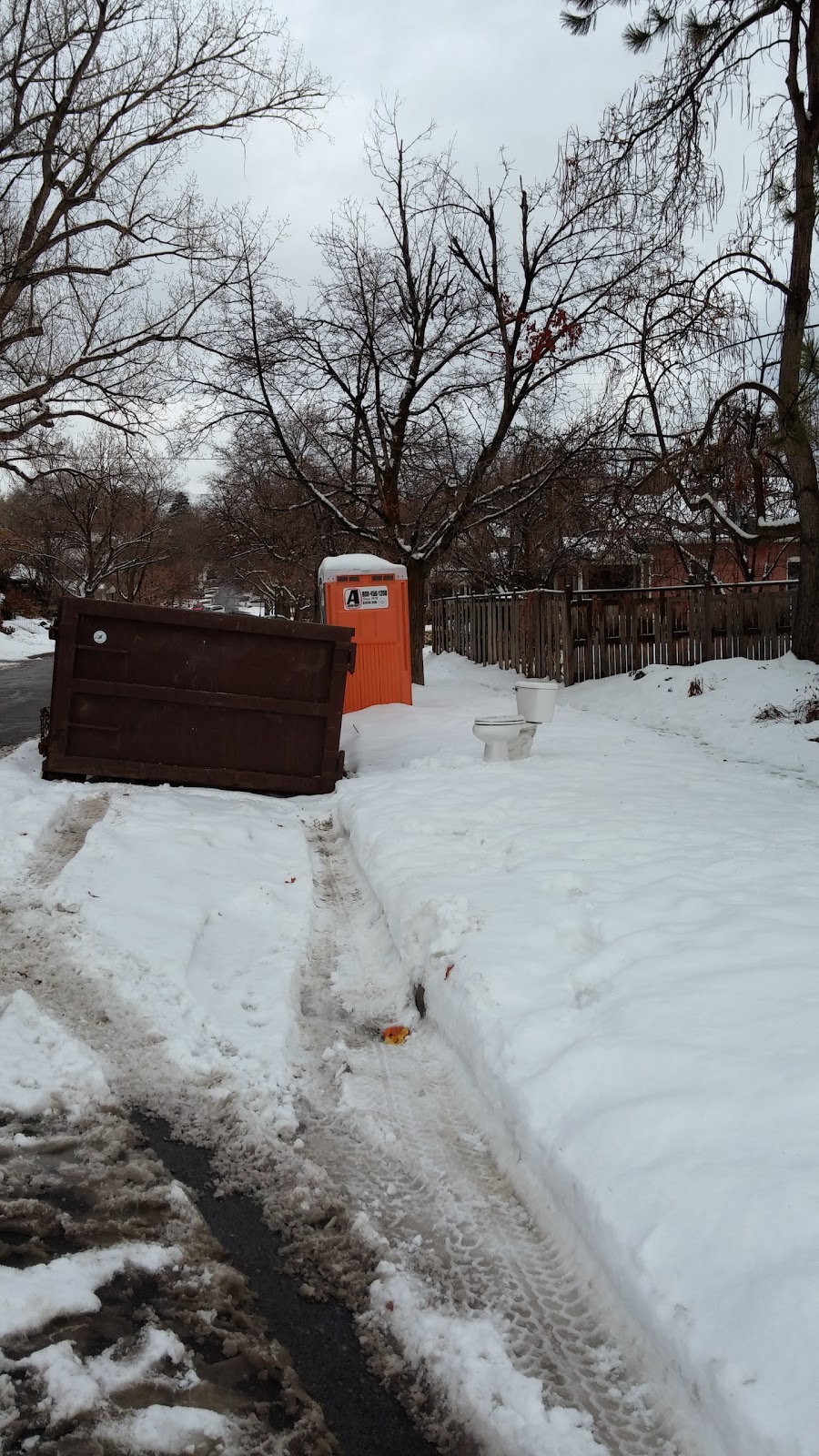 2 potties and a dumpster. Keeping it classy.

Meanwhile, I've been learning to sew. My parents stayed with us for a while over Christmas, and during that time my Mom and I made draperies for our living room. Just in case you should ever need to know this: draperies take forever to make. Or, at least they took me forever to make. But they look great and we saved a ton of money. After they left, I completed my first Roman shade, for my older son's room. I'm really proud of it! I have plans to make more for the other windows in his room.

And that was the month. How was your January!
Posted by Joanna at 10:10 PM

Mercy, all that snow would make me start crying. I know I'm desperate for a run when I am willing to get on the dreadmill. Ugh.

Great job on your miles!